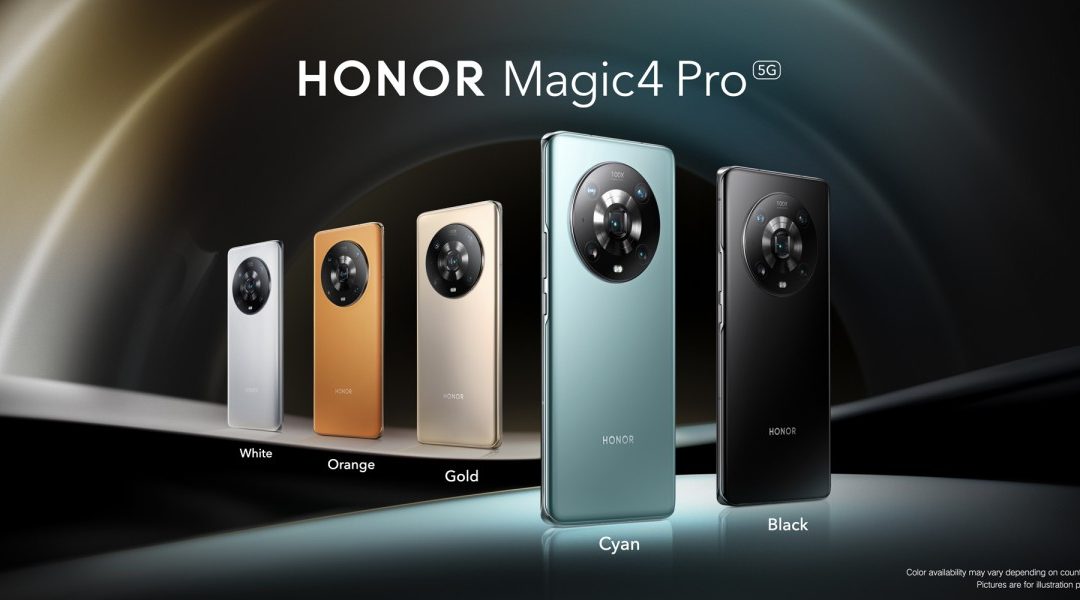 The HONOR Magic 4 Pro was first announced at MWC 2022 and is now ready to conquer the global market with its advanced features, state-of-the-art camera suite, and a price that is slightly lower than some of the industry’s premium players. In addition, this is the first HONOR flagship that the company sells outside of China after splitting from parent Huawei. Perhaps it is because of this that the brand’s engineers decided to cram all their technologies into the smartphone. And, most importantly, the Magic 4 Pro comes with support for Google apps and services, unlike Huawei smartphones. It remains only to find out what the HONOR flagship is worth with all these advantages. And if you want to see reviews on other smartphone models, then follow the link to the Three. There are a number of the most current models. And we are starting!

Let’s start with the most important thing that visitors to the Three website pay attention to:

The smartphone, which is not surprising for a flagship, boasts a very productive hardware. Inside the gadget is the currently top-end Qualcomm Snapdragon 8 Gen 1 mobile processor, up to 12 GB of RAM and 512 GB of memory, Bluetooth 5.2 and Wi-Fi 6 modules, the ability to connect to 5G cellular networks and a huge 6.81-inch OLED display with frequency 120 Hz. Quite competitive configuration for a flagship smartphone in 2022.

Moreover, HONOR Magic 4 Pro boasts a number of additional nice bonuses. For example, the flagship was equipped with a 4600 mAh battery. It supports 100W fast charging technology. The smartphone itself supports wireless charging. A separate reason for pride is the kame system. It comes with high resolution, ultra wide-angle and periscope cameras, laser autofocus and optical zoom. This smartphone is able to compete with the Samsung Galaxy S22 Ultra, which is also available in the Three.

Also, the smartphone received protection against moisture and dust according to the IP68 standard. Ultrasonic in-display fingerprint scanner. Face unlock function – implemented by a 3D scanner – and an independent set of security chips. Magic 4 Pro is also equipped with stereo speakers.

The software issue is no less interesting. The smartphone comes with proprietary firmware Magic UI 6. It is based on the Android 12 operating system. HONOR said that they will release operating system updates and security patches within two years. Also, it is worth noting that in the Three online store you can purchase all the necessary branded accessories for the Magic 4 Pro.

Performance immediately catches the eye – it is on top. In classic benchmarks, the smartphone easily comes out on top, making its Qualcomm Snapdragon 8 Gen 1 implementation one of the best we’ve seen in the Three. The smartphone easily copes with a variety of applications, and with multitasking, and with heavy video games. Admittedly, HONOR is a little aggressive about battery management, especially when the battery is closer to zero – then performance drops significantly. But this is not such a big drawback, given its survivability.

Battery life is also decent – a 4600 mAh battery lasts a whole day. With a more gentle mode of use, it may well last two days without having to go to the outlet.

Ultrasonic in-display fingerprint scanner. It’s one of the fastest and most accurate we’ve tested with Three. If desired, the user can also use face blocking – this is also a safe technology that works extremely quickly.

It is worth noting that Magic 4 Pro is a very worthy device that is not inferior to smartphones from leading manufacturers!